When I left the East Coast back in early October I did so with the idea that I might not return, at least as a permanent resident. I’ve been there for decades but the more time I spend in the West, the weaker my ties to The Commonwealth become. So when I left I rented my condo out for an indeterminate period to my friend Barbara. Yesterday she sent me this pic, a view from the bedroom window. It speaks for itself. All chilly thoughts I might add. It was certainly a shock to Barbara too: she just returned from Phoenix. I doubt there was snow there.

It got me thinking. So I went to our living room window and took the other shot. I don’t know that you’d call it a stark difference but its unquestionably a sunny one. I know which one I prefer. She’s got flakes piled one upon the other; we’ve got a couple of wayward palm fronds.

It’s a little more expensive to live here, a fact brought home every time sales tax is applied. But so far as the weather is concerned, you get what you pay for. Lacking an earthquake, or the return of the Republicans to the Statehouse, this place is looking better with every passing ray of sun. 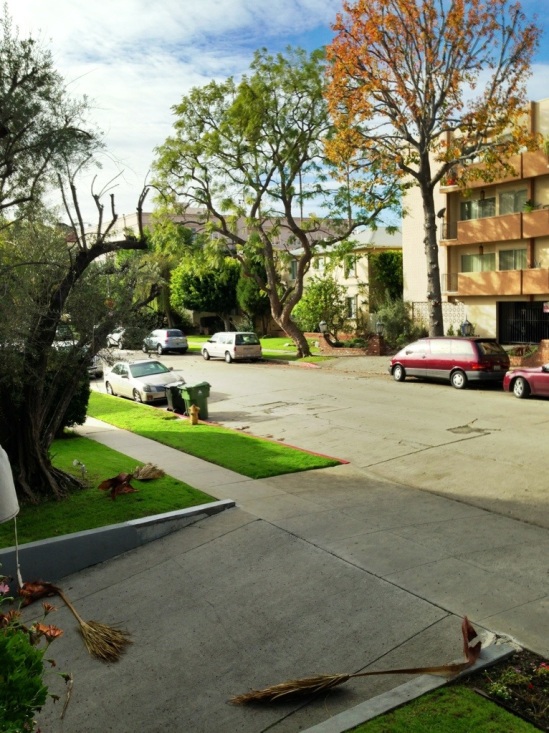