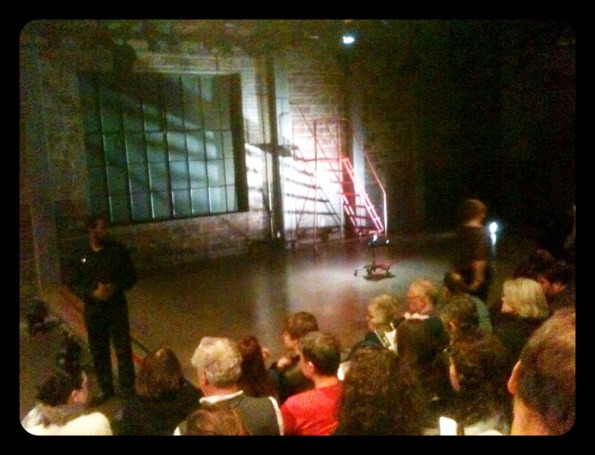 Attended this one-woman play at the Studio Theater in Washington written by and starring Lauren Weedman. Amazing performance addressing the woes of women in jail – In this case the LA County Jail – and societies (mostly) misguided attempts to deal with that.

I lost track of the number of characters Weedman included in this show – all played by her. But they ran the stereotypical gamut from the bleeding heart social worker and the egomaniacal warden to the recidivist prostitute battling with a life of non-existent self-esteem. Weedman moves from one character to the next seamlessly and in such rapid fire form that it’s hard to catch the transition in some cases, not just between two different characters but sometimes three and four. But she never missed a beat. Managing somehow to provide distinct personalities, facial expressions, accents and body language and stories for each and every one of them. How she accomplished this I have no idea. My job was to be entertained by the performance and Weedman made that easy, pleasurable and thoroughly satisfying.

This is ninety minutes that really, really needs to be preserved in some manner because the only bad thing I can say about it is I saw the last performance. This is the sort of show that given the right actor could last forever. But I doubt anyone could do this freshly for long – it’s just too demanding. Would make for a wonderful satirical vehicle though to test the comic mettle of many an aspiring actor.

A TED performance on steroids. It has played around the country. If you’re ever anywhere it might show up again, go see it!