“57 friends posted on your Wall” 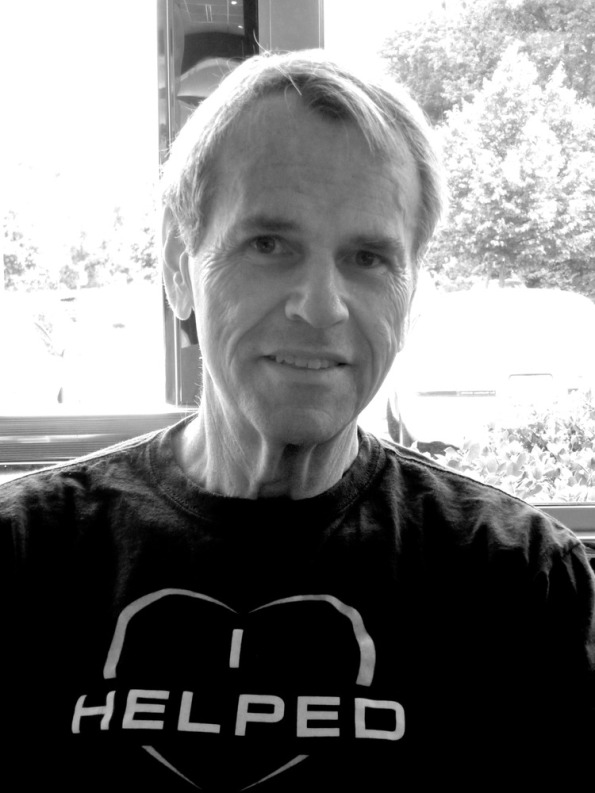 I no longer set wake-up alarms. They are for people who have deadlines to meet. Early-morning meetings to attend. Hot topics to cogitate over. Gossip to regurgitate. People to talk to about places they need to be to capture things they probably have no great need for but are driven to pursue. Worker bees workers be.

Not me. I have no reason for those bells and buzzers to be set to go off in – what I now consider to be – the middle of the night to disturb my sleep or put the bum’s rush to my morning coffee. My daily commute is about 30 seconds and my schedule is any damned thing I want it to be and I get to decide that on the fly. I still work for a living, I just do it on my time.

So I was a surprised this morning to be awakened by the constant chirp of my trusty iPhone. It sits beside my bed in one of those charger – speaker things I picked up at Brookstone and is automatically assigned to vibrate in response to an incoming signal. I don’t bother to shut it off entirely since the sound the vibration mode makes barely registers with my ears. 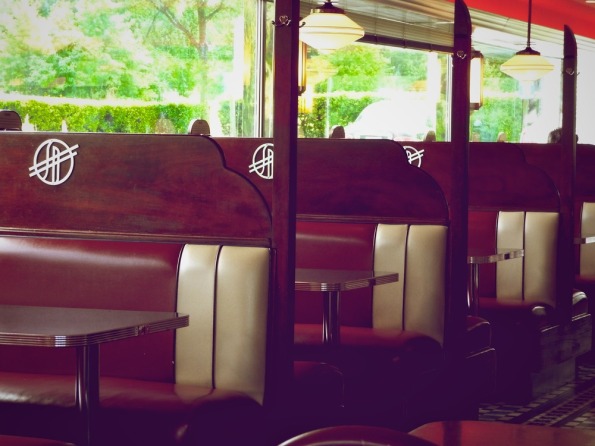 Unless it’s almost constant. Then even my Huey-damaged hearing will pick it up. So this morning it’s near constant, interrupting a rare dream about something very pleasant that, quite naturally, I can’t remember. Just the buzz!  Bbbbzzzzz!  Bbbbbuuuzzzzzzzzz!  Sounds like gnats begging to be murdered. What the…….!

I don’t use the phone a lot for voice communication and, I note, a recent poll indicates that only about a quarter of all cell phone owners do. We would seem an odd lot compared to our ancestors, or for that matter even compared to ourselves as little as five years ago. Way back then we struggled with the idea of integrating data with a device that God and Mr Bell had so obviously intended to be used only to extend the range of the human voice. But that was then. Times change.

Now God and Mr Bell have gotten themselves – thanks to Mr Jobs mostly but with a slight tip of the hat to those folk at RIM as they slowly fade into the past – smartphones.

Not to compare myself in any way to this esteemed crowd, but I got one too. And among other channels, it’s tied into Facebook. (Is there anything, other than perhaps your doctor’s office and the DMV* that isn’t?) And my Facebook account is tied into several hundred other peoples’ accounts and they were all notified this morning – when they awoke (chuckle, chuckle) to their alarms – that it’s my 101st birthday. And being at least etherlistically (is that a word? It should be) personable and sociable like all Facebookers are, they dropped by my Wall – yet another recent conceit – and left their good wishes.

And Facebook dutifully pushed all this down the line to my bedside table and interrupted this dream that I cannot remember, although I can pretty much guarantee you she had red hair. Thanks a lot Steve! 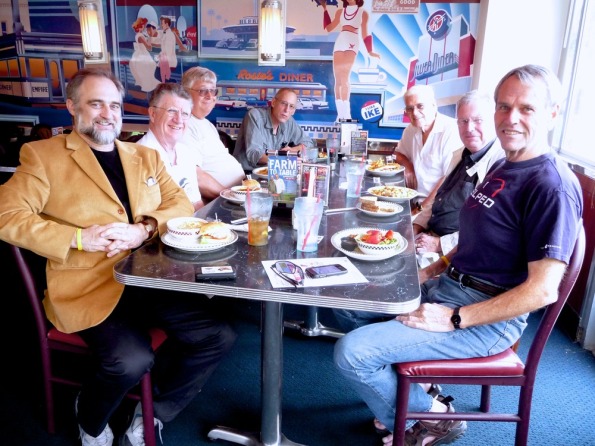 Although there are times when I am visiting my friends in Florida that I might question it, it’s not everyday that one gets to celebrate their 101st birthday. Aren’t we lucky! So even though my first appointment today was not until 1230 – The weekly Spook Lunch over at the Silver Diner – it was impossible for me to get too disturbed about this otherwise early-morning annoyance. OK. Let me be truthful: I relished it. Almost as good as having someone bring me coffee in bed and then hanging around to help me with it.

I’ll have to also admit that the marketing guy in me looked at these figures and started doing some calculations. About 600 Facebook friends on my personal page; another 600 odd (no pun intended) connections through my fan page and various groups; past 90 hits on this birthday thing; better than a 9% return so far – probably will increase; direct marketing is excellent at a rate of 2% or higher. Hey!  This ain’t all that bad!

Groupon just interrupted my train of thought to let me know I could get 50% off a car wash and oil change at Arbor, which is also a good deal. But then I remembered I had it set to send me notices from Austin, TX where my favorite daughter lives and thrives, on among other things, daily deal surprises.

Sometimes marketing is best set aside. This, AnnaSummer, be one of those times.

Thank you each and everyone for your sentiments! In this world it’s always good to know that you’re crossing someone else’s mind at least occasionally. That you’re not alone. That people care about you personally and might even miss you for a few fleeting seconds if you weren’t around.

Better than that is knowing that I have people out there  – other human beings – that I am privileged to care about too.  As my friend and Ruth’s, Brian Buffini, is wont to say, “It’s A Good Life!”

Having said that, if I am around this time next year I will have to remember to turn off the phone

*DMV – For my off-shore friends this stands for Division of Motor Vehicles. The DMV is that local government organization that among other things issues our license to drive an automobile or other such destructive vehicle. It’s the place that all Americans go when they have an overwhelming desire to be ignored. I suppose it might also stand for Don’t Mind (me, I’m only) Visiting.