One of the first places I had the opportunity to visit week before last in KY was the Capitol Building in Frankfort. We were there because my host, David Toczo, was participating in a photographic art exhibit. He had had two pieces juried in. The display was in the Rotunda. After the remarks and handshakes by and with Jane Beshear, the Commonwealth’s First Lady, we wandered round the building and I managed to capture a few photos. I sent one of these up by iPhone on that day but would like to share a few more that I took with the Canon. 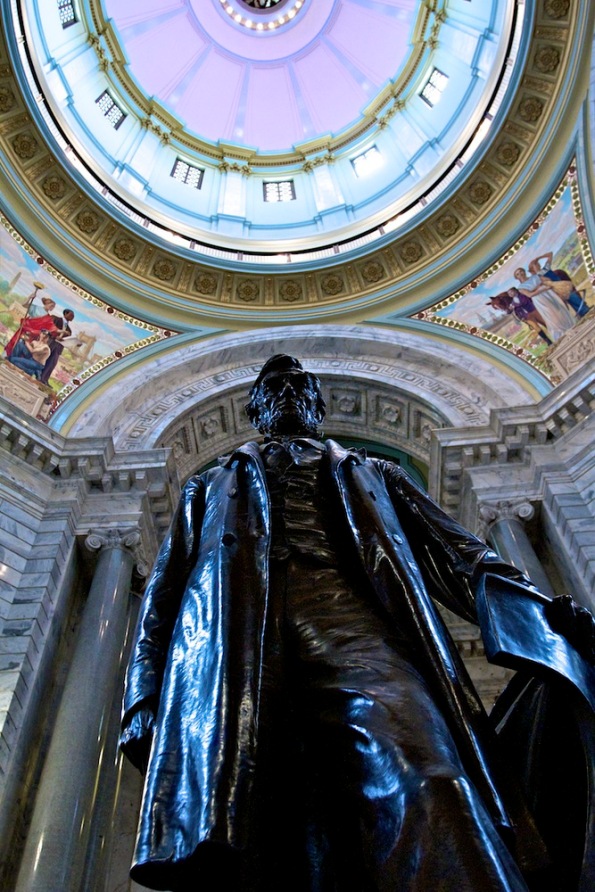 The first is of the bronze statue of Lincoln that stands in the center of the Rotunda floor. It’s impressive in and of itself but when viewed with the Rotunda interior in the background becomes even more so. Illinois is the state in which Lincoln was raised and which served as his political launching point but as any true Kentuckian call tell you, he was born in Hardin County, KY. Incidentlally, his grandfather had migrated there from Virginia and for that matter Kentucky’s “Commonwealth” status stems from its having been spawned from the western reaches of Virginia.

The Commonwealth’s representatives were not in session on this particular afternoon so I got to stick my head into the Senate Chamber. About the same time a guide/docent came by and wanted to know if I had any questions. I had already counted the seats in the room (actually I counted the computer screens at the desks) so I asked her how many senators there were. Her response, “38”, matched my count. I sensed that she would like a few more questions thrown her way but none came immediately to mind. So we thanked her and moved on. I should have asked her who designed the room and its surrounding building. The answer by the way is Frank Mills Andrews (thank you Wikipedia) 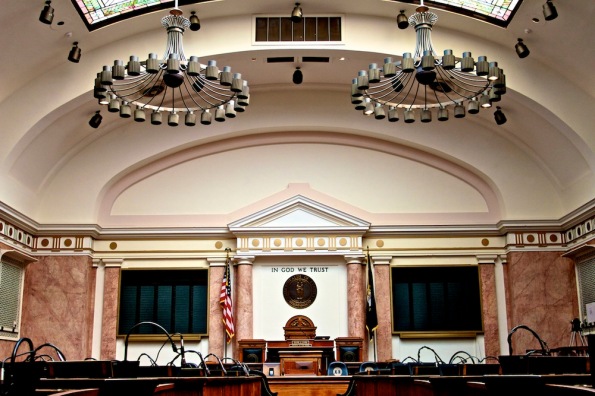 Andrews’ beaux-arts creation is a major improvement over the Greek style of the Old Capitol Capitol Building across the street. 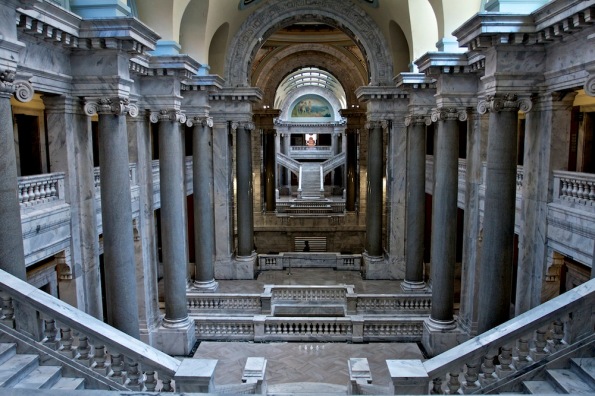